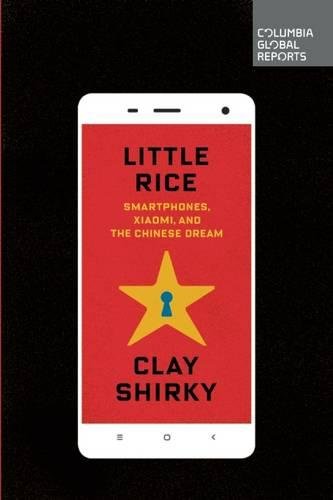 Smartphones have to be made someplace, and that place is China. In just five years, a company names Xiaomi (which means “little rice” in Mandarin) has grown into the most valuable startup ever, becoming the third largest manufacturer of smartphones, behind only Samsung and Apple. China is now both the world’s largest producer and consumer of a little device that brings the entire globe to its user’s fingertips. How has this changed the Chinese people? How did Xiaomi conquer the worlds’ biggest market” Can the rise of Xiaomi help realize the Chinese Dream, China’s bid to link personal success with national greatness?

Clay Shirky, one of the most influential and original thinkers on the internet’s effects on society, spends a year in Shanghai chronicling China’s attempt to become a tech originator–and what it means for the future course of globalization.